I never knew that I wanted to be a doctor growing up and had even started college as a business economics major. However, my love for science and desire to give back and help others lead me to a career in medicine. From there, it was natural for me to specialize in pediatrics. I love kids and the joy and resilience that they have. Their ability to see the good, even in tough times always continues to amaze and inspire me.

I grew up in Orange County and went to UCLA for my undergraduate education. After that, I moved across town and attended USC Keck School of Medicine (however I will always be a true Bruin at heart!). I then had the privilege of completing my pediatric residency at Children’s Hospital Los Angeles where I worked with many aspirational mentors and was lucky to have been a part of the lives of so many wonderful patients and families. After residency, I was fortunate to become a part of the Tenth Street Pediatrics family in 2017.

I currently live near Culver City with my husband, Zane, and our mini aussie puppy, Daisy. Zane and I met in Madrid, Spain while on the same study abroad program in college and fell deeply en amor. We got married between medical school and residency down in Orange County near the Mission San Juan Capistrano. We love going to the beach, practicing yoga, travelling to new places and tasting all types of food. I've been lucky to be able to combine my love of travel with my career in medicine and have served on two medical mission trips, first to Guatemala in 2019 and then to Honduras in 2020.
Dr Cassidy was named a 2021 and 2022 Super Doctor Rising Star. She is the current president of the Los Angeles Pediatric Society
​and serves on the pediatrics committee at St John's Hospital. 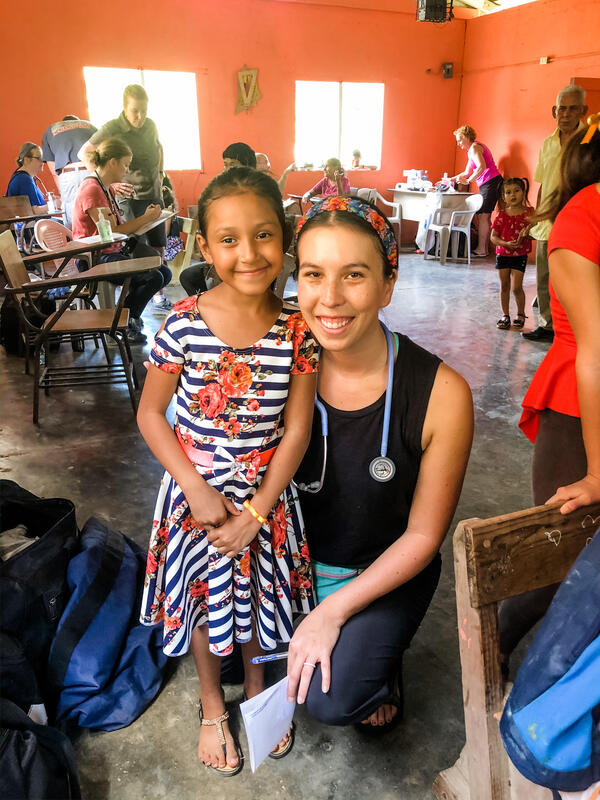 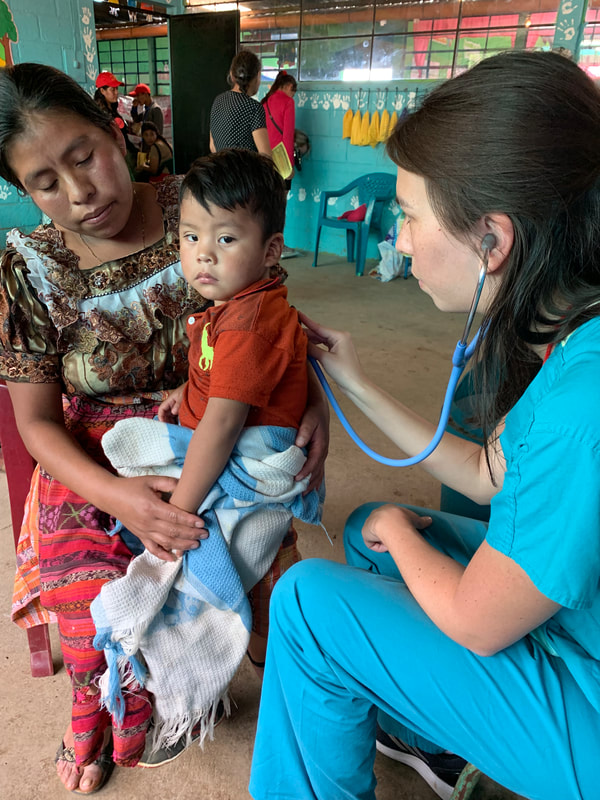 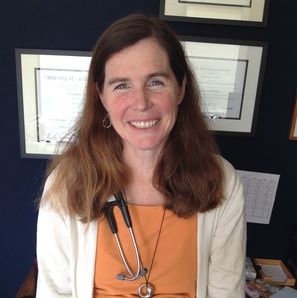 Pediatrics is actually a second career for me.  I am originally from New York, the youngest of six kids, and after I graduated from Yale University (as a very non-pre-med English major), I worked in television production for 10 years, first at Saturday Night Live, and then at MTV News.  As one would expect, this was a lot of fun, but not particularly fulfilling for me. After marrying and moving to Los Angeles to be with my husband, I thought I might be happier going back to medical school.  So I did just that--I attended USC Keck School of Medicine, while at the same time having my three kids.  And I brought my babies to Dr Jeff Wasson at Tenth Street Pediatrics, long before I knew that I was going to be a pediatrician myself.

I have loved Tenth Street from our first visit here.  The practice and Dr Wasson were always there for me to answer questions and give the reassurance that first time parents need.  Years later, after completing my residency at UCLA/Cedars, I was fortunate enough to join the practice, and it has been a wonderful home ever since. It is an absolute privilege to be able to  provide outstanding care to the children in my own community.  I live in Santa Monica with my husband, Matt Wickline (a writer) and our three kids (all teenagers now).  I am constantly reminded that every phase of parenting has its rewards and challenges, and it's a pleasure to help families negotiate these challenges. While not in the office, I serve on Pediatric and Perinatal Committees at both Saint John's and Santa Monica UCLA hospitals.  And whenever I can, I run, hike and ski, and I always have a book and a crossword going.
DR LISA STERN 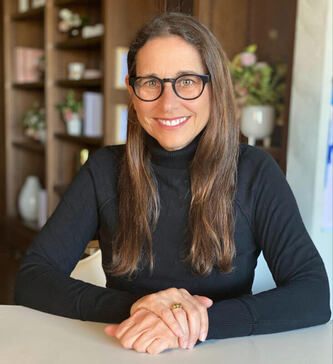 My childhood dream was to be an Olympic figure skater (or gymnast) and then to go to medical school.  I never made it to the Olympics but those years in the gym fostered the discipline I needed to pursue a career in medicine.
​
My journey meandered from NYC  to Childrens Hospital LA where I arrived in 1988 with 2 suitcases and a rarely used driver’s license. Those years on the wards and in the clinics at CHLA   re-enforced the decision that pediatrics was for me. I continued my move west for a one-year fellowship at UCLA in Pediatric Hematology-Oncology before joining Dr Harvey Karp in the little house on Pier Avenue in Santa Monica. A few years later we merged with the prestigious Tenth Street Pediatrics and I found my forever home. Along the way, I raised 2 daughters who at times felt like my very own pediatric lab rats (they survived). I have continued to exercise but  swapped out gymnastics for skiing, swimming and my newest sport, TRIATHLON!
​
I love seeing the breadth of pediatrics from those brand newborn babies to newly minted adults who have graduated from college. My interests at work include preventing flat-head syndrome in babies, the role of the gut biome and its role in overall health, and guiding adolescents through the amazing journey from puberty to young adulthood. I have been working on a book for parents called “Bead in the Nose: A humorous guide to pediatric home remedies” which I hope to finish one day.
Dr Stern spent a year training in Pediatric Hematology-Oncology at UCLA.  Her experience puts her in a position to co-manage children being followed at tertiary care centers for problems related to blood diseases and childhood cancers.
Dr Stern has been name a Super Doctor for the past 13 years.
dr CARLA TARDIO 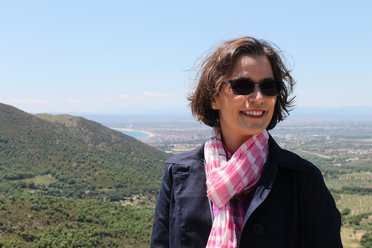 I remained at UCLA for my training in Pediatrics.  I have wanted to become a pediatrician since I  was thirteen.  An aspiration I owe to my sister  who is seven years younger than me.  I loved helping my mother care for her so she was the first child to come under my care.  After my three years of residency, I was at a crossroad and needed to decide which direction I wanted to take.  It was between specializing in Neonatology and General Pediatrics.  After some reflection, I realized that the experience of watching a human being develop from infancy to adulthood is quite awe inspiring and humbling.  It was the path I wanted to take, so I accepted the offer to stay as Chief Resident in Pediatrics at UCLA.  Being Chief Resident gave me an extra year to  hone  my skills in primary care and it also gave me a chance to teach medical students and residents.

I joined Tenth Street Pediatrics immediately after my Chief Residency.  I have had the great honor of being involved with terrific families.  Parents have included me on their journey of raising their children to become good citizens of the world.  I believe the world will be in good hands.

When I am not at work or being philosophical about pediatrics, I like to spend time with family and friends.  I have two children, a son and a daughter,  who have attended USC and are content, independent individuals.  I enjoy photography, traveling,  watching movies, champagne tasting and shopping.  All of these activities are easy to share with family and friends.
dr JEFFREY WASSON 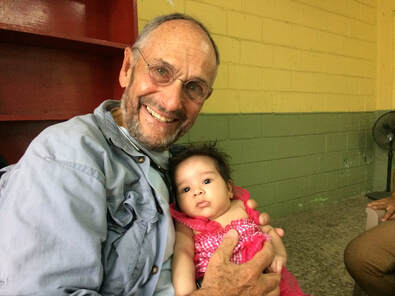 My interest in medicine, actually began back in the Bronx during my summer college job as a life guard. At the age of eighteen, I was involved with the resuscitation of an elderly gentleman who suffered a heart attack.The tragedy of his death was an epiphany for me, and I immediately shifted my course load to pre-med at the State University of New York at Buffalo where I had been an engineering major.

Four years later, I was admitted to UCLA medical school and traveled west from Buffalo, New York, on a dreary January day, to tour UCLA and its environs. Well, need I say more? I was sold at my first palm tree sighting.

I loved medical school, and was honored by being selected  by the faculty, into Alpha Omega Alpha, the national honor medical society.  As I rotated through the various sub specialties such as surgery, emergency medicine, radiology and pediatrics, I tried to envision myself in each. But it was the children that captured my heart.They were too fun and honest. Yes, they get illnesses, but they overwhelmingly get better, and I enjoyed educating the families and reassuring them along the way. As a rather outgoing, and informal individual, I seemed a natural fit for relating well to the children and adolescents.

After medical school, I completed my pediatric residency at Harbor General Hospital, a UCLA affiliated program. From there I took my first job at the East Los Angeles Child and Youth Clinic in Boyle Heights, a Latino community, where I both improved my Spanish language proficiency and found an even deeper love for Los Angeles, until then just a city of sun and palms.  After 3 gratifying years at the clinic I decided to enter private practice on the Westside and ultimately helped form the nucleus of what is now 10th Street Pediatrics.

Annually, for the past 20 years, and in concert with All Saints Church, in Beverly Hills, I have lead a team of doctors, nurses and volunteers to remote  areas of Honduras. We convert their churches into medical clinics and care for approximately 1200 patients during our one week mission whom we have come to know so well. This volunteer work over the years has been one of the most moving experiences of my life.

I've been blessed with 2 wonderful adult children, Sam, a successful writer and Sophie, a burgeoning psychologist. My wife, Maria, is a Gynecologic Nurse Practitioner in Santa Monica. We live in Venice and share a love of cinema, nature and travel to far away places, when our busy lives allow it.  On my personal time, I love reading, with my favorites being Phillip Roth and William Styron, and  try to carve out an hour for my daily fix of Rachel Maddow. You'll find me either rollerblading or bicycle riding on the bike path in Venice a few times a week and yearly on the slopes of Mammoth, no better than a "solid blue." I'm loyal to my Bronx upbringing, hence my love of the frustrating Knicks, and my boyhood hero, Willie Mays.
Dr Elizabeth blotky
Columbia University in New York, and was thrilled to move back to sunny California for medical school, where she attended Keck School of Medicine at USC. She completed her pediatrics residency at Children’s Hospital Los Angeles, where she gained valuable experience providing acute care for children with complex medical conditions.

​ Dr. Blotky loves taking care of children of all ages, and looks forward to continuing to develop long-lasting relationships with her patients and their families. She was drawn to pediatrics by the joy she gets from working with children, their resiliency, and the lasting impact of a healthy start to their lives.  She enjoys both medical complexity as well as preventative health/well-child care, working in partnership with families, and loves seeing her patients grow and develop while staying happy and healthy.


Dr. Blotky lives in Los Angeles with her husband, and loves staying active and enjoying the outdoors in her spare time. She enjoys hiking, going to the beach, traveling and exploring different cultures, and cooking/eating great food!
All of our doctors are board certified in pediatrics. All doctors have privileges at Santa Monica UCLA hospital and Providence St John's hospital to see newborns. Dr Cassidy and Dr Blotky also go to Cedars-Sinai hospital. If you are interested in a complimentary prenatal exam with any of our doctors, please call the office to schedule an appointment.
Tenth Street Pediatrics
1450 Tenth Street, suite 304
Santa Monica, CA  90401
phone 310.458.1714
​fax 310.394.8754
​info@tenthstpeds.com